A bunch of rowdies and mutual fund hooligans roughed up an investment advisor who recommended people stay away from Mutual Funds and SIPs and stop treating them as investment options. The incident coming in the way of all kinds of violence in Mumbai shook the city cops as well as commoners and put the spotlight back on the mutual funds and SIPs.

The sequence of events began with a 35-year old techie asking for advice for investing advice on creating a retirement corpus of 3 crores two decades down the line. The request was made to an investment advice column of a prominent newspaper.  The techie also asked for advice on which mutual funds should he consider for this purpose.

In response, the investment advisor wrote. “Mutual funds are for lazy people who are too lazy to figure out good investment avenues. It is a passive investment vehicle and recommended by people who want to eye your money. I mean look at it this way. Instead of paying fund managers and asset management companies, why don’t you invest directly in the markets? Even these guys are doing exactly that but they advise you not to do that. Only losers recommend mutual funds and criminals recommend SIPs. With a SIP, you could take three lifetimes to build the corpus you are talking about”.

“My suggestion is that if you are eyeing a corpus, invest early and invest directly. Start with small amounts, buy blue chips on dips, and build your investment pile slowly but steadily. As you gain confidence and understand the markets better, expand your investment horizon, and start taking more calculated risks by expanding your portfolio. It is better to keep your money in a bank than investing in a mutual fund or SIP. SIP is nothing but a Systematic Idiocy Plan. All these are gamed to minimize your return on investment. It is downright cheating,” he added.

As soon as this response was published, Muan Nang Ngam-Chit (named changed to protect anonymity) was confronted by a group of angry asset management goons. “We demand that you withdraw your statement else we will reduce you to a standard disclaimer,” one goon said. “We will thrash you to such an extent that your intellectual NAV will shrink to your pre-adulthood days,” another said. The angry mob lynched Muan and hit him with reams of mutual fund investment forms and disclaimer statements until he dropped unconscious.

The mob then vanished leaving behind many flyers for MF schemes, while Muan was rushed to a hospital.  The National Mutual Fund Association (NMFA) condemned the incident. “We only wanted to threaten and thrash him a bit to get him to withdraw his statement. Everything over that was not recommended or promoted. Such statements are subject to goon risks and this rouge advisor should have read all documents before making such statements,” an NMFA spokesperson said.

Devil’s own spokesperson Kangana Ranaut meanwhile claimed that she was also assaulted by some mutual fund goons long ago when she spoke about low returns and the need for avoiding mutual funds. "Over 90 percent of bollywood supports mutual funds. Some star kids have invested heavily in them as well. I am still figuring out how to use this as a weapon to attack every human being out there while gathering sympathy and media mileage," her spokesperson said. 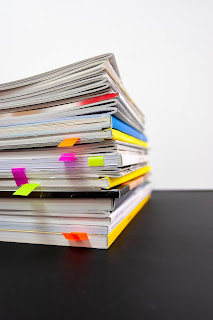 The documents used by Mutual Fund goons
to hit Muan